Share the joys of Eid this year with Ideas Festive Collection

Movies Worth A Re-Watch

Big Changes At The Grammys

Hira Mani talks about making the first move in love 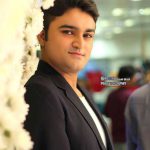 Wajiha Ather Naqvi on Her Journey Into the World of Music

Facebook Count
Twitter Share
Star spouse Hira Mani has come a long way since she kicked off her morning show career along side mile a minute husband Mani. With in just a few short years she has become a powerhouse unto her self:  hosting, modeling and acting – this talented, young mo

Star spouse Hira Mani has come a long way since she kicked off her morning show career along side mile a minute husband Mani. With in just a few short years she has become a powerhouse unto her self:  hosting, modeling and acting – this talented, young mom does it all.

Tell us how did you enter this field?

After I got married to Mani, we went to Shehzad Roy’s wedding reception where I got to meet Sultana Apa, the head of HUM Network. She took an instant liking to me and said that she wanted me to do a live show for the network, so I did a show on chand raat and that’s how it all started.

How many TV shows have you done so far?

.
Was it your dream to work in Pakistani dramas?

No, it wasn’t my dream at all. My dream was to get married and be a perfect wife; I was not really ambitious about being a celebrity. Before marriage, I was a designer and used to send clothes to Qatar. The thought of coming on TV was far from my mind. However, one thing I did want to do was to sing and compose a song.
How did you and Mani meet?

I had always been a fan of Mani and somehow, I contacted him through a friend. When we met, I really liked Mani as a person so I proposed to him. He took a bit of time but soon we got married.

What needs to be changed in our dramas?

I don’t think that there are any changes that need to be made in our dramas, in fact Pakistani dramas are beyond par. But one thing I would like to point out is that there are only a few actors who are currently acting in dramas as all the good senior actors are just doing films now so we need more aspiring actors in the industry. I also think our directors should hold their ground, give the script as much time as possible and not give in to channel pressure.

When are we going to see you on the big screen? Any plans for films?

Yes, I do have big screen plans in the future, in fact I even got a call from EROS for a movie but I don’t want to do just any movie, I would like to do a movie with a strong script and a strong role so I will wait for the right opportunity. I’m currently doing my third drama, so I believe this is just the beginning.

What’s your favorite eatery in Karachi?

I enjoy visiting almost all the steak houses in Karachi, but my favorite spot is Kolachi. I don’t really go to cafes because most cafes have sheesha and I don’t smoke or enjoy sheesha in general.

Things you don’t like in Mani and would want to change?

I don’t like his habit of waking up early in the morning. He is such an early riser and very punctual as well as professional. If I am given a shoot time of 10:00 am, I would go by 12:00 pm but Mani would wake up at 8 am, gather all his stuff and be ready to leave as soon as the car arrives for pickup. He is extremely punctual just like his father.

Share the joys of Eid this year with Ideas Festive Collection

Imran Ali Dina: The Teacher Who Went Viral on YouTube

Ramadan Is Here & So Are Our Favourite Memes

Tête-à-Tête With The Founder Of Hala Kashigar: A Revival Of Pottery

Spotlight: The Rise of Emraan Rajput

Tipped to be the most sought after menswear designer, what makes Emraan Rajput click?
Fashion Sundus Rasheed 05 Apr 2021

Wajiha Ather Naqvi on Her Journey Into the World of Music

The Diversity of Zoya Nasir on Screen

We ask actor and beautician Zoya Nasir all our curious questions about her journey in media and range of roles!
Interviews Karishma Soorty 09 Nov 2020

We've tried the delicious peach pies and talked to the entrepreneur of Baked Baloch regarding his rising home-business!
Interviews Karishma Soorty Updated 26 Sep 2020

The Continuing Fight For Equality

We explore trans rights and activism in Pakistan and where it is now, interviewing activists Zehrish Khan and Sapna Rajput.
Interviews Laila Bukhari Updated 02 Sep 2020

Although Tik Tok has gone viral recently on social media, it has garnered quite a controversial reputation.
Entertainment Laila Bukhari Updated 11 Aug 2020

How Raveena Tandon Shot During the Pandemic!

How did the actor manage to shoot and film during the coronavirus pandemic? Find out!
Entertainment S Ramachandran Updated 17 Jul 2020

The Dilip Kumar You Don't Know

Here are a few things you may not know about Bollywood legend, Mr. Dilip Kumar!
Entertainment S Ramachandran Updated 27 Jun 2020

In this time of social distancing, Team Edition presents the Quarantine Diary! We speak to some of our favourite A..
Interviews Team Edition | Farah Vayani 06 May 2020